The year’s nearly over, and in retrospect one of my many failures during 2019 has been keeping this humble little website updated with fresh content. (Four posts in the span of twelve months isn’t exactly prolific.) But I refuse to let my negligence kill off one of my favorite annual traditions: sharing the books I had the most fun reading over the course of the previous year.

The lone criterion for inclusion on this list is pretty simple (and unashamedly subjective): If you’re a book, I have to have really liked reading you. It doesn’t mean you’re the best book in the world. It just means that we had a good time together. And just to be clear: these aren’t necessarily new books (i.e. books released in the past year). I’m a few years late to every fad, which means some of these have been around for awhile.

Enough of the chit-chat. Here are the six books I most enjoyed reading this year (presented in the order that I read them):

1. Every Love Story Is a Ghost Story: A Life of David Foster Wallace (D.T. Max). Every now and then I come across a biography that has a way of totally immersing me into the life of someone else. It’s like being momentarily transplanted into someone else’s shoes. That’s exactly what this stunning portrait of the late David Foster Wallace did. As a bit of an amateur DFW fan, I already had an affinity for the guy. But D.T. Max pulled me into his brilliant (and often tortured) life in a way that had me dreading the prospect of reaching the end.

2. The Forgotten Ways (Alan Hirsch). As a pastor who’s desperately searching for a path beyond the overly institutionalized versions of Churchianity that seem to abound in my own cultural context, this book was an invitation to dream and believe that something better is out there. In the process of reconfiguring my ecclesiology, I’ve read lots of great books by missional church leaders in the past few years. But this was the most comprehensively exciting of any of them. I practically cheered my way through the whole thing. And I have no doubts that I’ll be coming back to it for years to come. 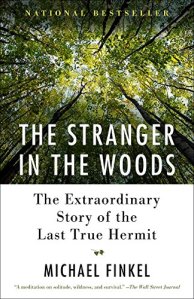 3. The Stranger in the Woods: The Extraordinary Tale of the Last True Hermit (Michael Finkel). It’s impossible not to appreciate a story masterfully told. So I don’t know how anyone could read this book and not have a blast doing so. But the thing about this story is that it’s entertaining while also managing to be deeply provocative and unsettling at the same time. I’d describe it as part survival tale, part existential philosophy. A pretty sweet combination if you ask me. 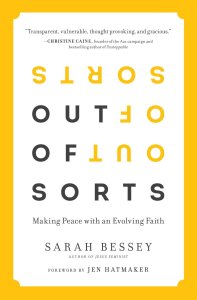 4. Out of Sorts: Making Peace with an Evolving Faith (Sarah Bessey). It might be an overstatement to say that Sarah Bessey saved my faith this year, but not by much. As fate would have it, the public library was offloading a few copies of this during their summer book sale, so I took one home and ended up getting the bargain of the decade. Best dollar I’ve ever spent. My wife and I both ended up reading this one, and it was groundbreaking for both of us. We’ve been a bit uneasy and frightened about the shifting contours of our faith (“deconstruction” is a word I use often), but Bessey’s story gave us courage and hope to keep asking questions and embracing uncertainty.

5. Seculosity: How Career, Parenting, Technology, Food, Politics, and Romance Became Our New Religion and What to Do about It (David Zahl). Few people can diagnose the spiritual undercurrents of popular culture quite like David Zahl (his earlier book A Mess of Help being a case in point). The guy gets it. And in this book, he puts his giftedness on full display by pulling back the curtain on the hidden religion lurking behind the modern secular lifestyle. Every chapter compellingly reinforces the simple point he proposes in the introduction: “The religious impulse is easier to rebrand than to extinguish.” 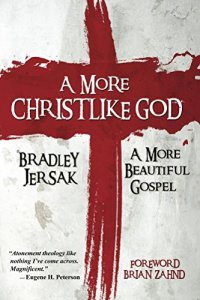 6. A More Christlike God: A More Beautiful Gospel (Bradley Jersak). Timing is everything. Had I read this book ten (or probably even five) years ago, I likely would have cast it into the heresy heap and set the whole thing aflame. But at this stage in my ongoing journey of rediscovering faith (see book number 4), Jersak’s book was exactly what my soul needed. In fact, reading his “retelling” of the gospel story (which I did while sitting on an uncomfortable plastic bench at an indoor playground amidst shrill screams and sweaty foot odor) was as close to a spiritual breakthrough as I’ve had for quite some time.

Not enough books for you? Check out my lists from previous years: